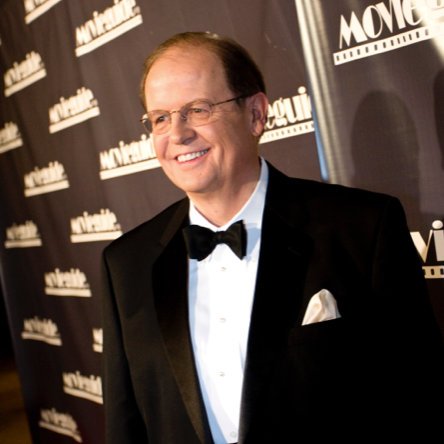 Dr. Baehr is an award-winning producer, best-selling author, as well as a noted critic, educator, lecturer, and media pundit, who is listed among the top 50 communicators in the USA.

About What People Are Saying Biography

As a consummate communicator, Ted is an articulate and dynamic speaker, who is comfortable delivering a presentation to an individual, small group, live audience of thousands, or on radio or television. Armed with over 40 years of research on the media and culture, Ted’s lectures have taken him to speak, teach and preach at leading parliaments, universities and churches around the world, such as: the European Parliament, the House of Lords of the Parliament of the U.K., the Parliament of Norway, The Gifts Gala, Mumbai, the Bombay Communication Institute, Trinity Torch University, S. Korea, The Rostov Film Festival, Rustov, Russia, International Christian Educators Conference in Suwon, South Korea, Oxford, Yale University, Dartmouth College, the University of Virginia, RSSU - Russian State Social University of Film (the oldest film school in the world), MITRO - Moscow Institute of TV and radio Ostankino (mass media university), House of Journalists, Moscow, VGIK - Pan-Russian State Institute of Cinematography, State Kremlin Palace, U.C.L.A, and keynoted several regional National Day of Prayer Breakfasts. Baehr addresses hundreds of churches and civic groups each year. Ted has formally debated theology and philosophy with Muslims and other religious and political leaders in many venues such as: U. of San Francisco, World Public Forum Dialogue of Civilizations in Rhoades, Greece, and at the International Conference on Peace and Tolerance in Kiev, Ukraine. In 2012, Ted was chosen to keynote the 4th Dean's Distinguished Lecturer at the Pepperdine University Graduate School of Education and Psychology (GSEP).

Ted has been a featured guest on Oprah, Hannity and Colmes, CNN, ABC, Fox News, MSNBC, and Entertainment Tonight. In Dec. 2010, 18,000 talk show hosts, producers, news editors, and support staff voted Ted Baehr among the Top 20 Favorite Radio Guests out of 1150 nominees from sectors ranging from entertainment to politics and science to religion in the Poll for the Top 100 Dream Interview Guests of 2010 conducted by InterviewGuests.com.

Ted has written, edited and contributed to over 35 books, including:

• How To Succeed In Hollywood (Without Losing Your Soul) (WorldNetDaily)

• So You Want To Be In Pictures? (Broadman & Holman)

• Frodo & Harry:  Understanding Visual Media and Its Impact on Our Lives (Crossway)

• What Can We Watch Tonight? (Zondervan)

• Getting the Word Out (Harper & Row)

Ted’s work has been featured in such publications as The Wall Street Journal, The New York Times, Time Magazine, USA Today, The L.A. Times, The Washington Post, Hollywood Reporter, The Atlanta Journal-Constitution, and U.S. News and World Report.

Founder and Publisher of Movieguide® (aka www.movieguide.org) and Chairman of the Christian Film & Television Commission®, his life’s purpose is to be used of God to redeem the values of the media while educating audiences on how to use discernment in selecting their entertainment. Movieguide® has been serving audiences for 30 years and now reaches nearly 34 million people every month through radio, TV and web. 1 in 3 parents use Movieguide® according to The Hollywood Reporter. When we started MOVIEGUIDE® in 1985, the major studios in Hollywood released few movies with any positive Christian content or values at all – less than 3%! Incredibly, in 2016, at least 184, or 63.88%, of the major movies released theatrically by the movie industry contained at least some positive Christian, redemptive content.  That’s a numerical increase of 581% and a percentage increase of 515%! Also, when we started in 1985, less than 6% of the major movies were aimed at families.  In the past 10 years, movies marketed to families have increased to nearly 40% of the top movies released in your local movie theaters.

What People Are Saying

On behalf of Dolly Parton and myself, …attending the Movie Guide Awards truly reminded me of the necessity for your organization and for the message you provide. … The dedicated work that you do truly touches so many, and I am incredible humbled to have shared this experience with you again.

- Sam Haskell III, former Executive Vice President and Worldwide Head of Television for the venerable William Morris Agency, who, at age 52, was named in 2007 by TV Week as one of the 25 Most Innovative and Influential People in Television over the last quarter century.

I wanted to reach out and try to express just how eternally grateful I am to have been a part of such a wonderful night [at the Annual MOVIEGUIDE(r) Faith & Values Awards Gala & Report to the Entertainment Industry] and to formally say THANK YOU. To me, there is nothing greater than honoring our Heavenly Father, and the way in which you continue to do so, is remarkable.  …I have been reminded daily when we were all on stage and you were praying that beautiful prayer …, God broke it down for me in an anagram loud and clear: GRACE= God Restores And Christ Endures!!!!  See in the past few days following the show, my ex-husband has continued to supernaturally improve, my daughter is healed, and I am grateful as always that God’s GRACE is enough!!! YOU will never know just how much that night meant to me and my family.

- Cory Oliver, TV and movie star, including one of the stars of GOD’S NOT DEAD

I am most impressed by your analytical approach to persuading the movie industry to move toward more family-friendly films. Without question, you have had a major impact on the industry, and you have done it by brilliant analysis of the statistics which are dear to the industry…how to get more tickets sales at the theaters.

May the Lord continue to bless you in this important work and give you ever-increasing influence in this vital work. God bless you and those who work with you. I remain…

Perhaps the most valuable presentation of the day was the Annual Report to the Entertainment Industry, made by Dr. Ted Baehr, Movieguide®’s Publisher & Editor in Chief.

Ted was president of the organization that produced during his tenure The Chronicles of Narnia: The Lion, Witch and the Wardrobe for CBS-TV in 1980, boasting 37 million viewers and winning an Emmy Award.  Baehr also has produced hundreds of programs for PBS television.

For several years in the first decade of the 21st Century, Ted was Chairman of the Advisory Board of the Christian Institute for the Study of Media, a new area of graduate academic studies currently being advanced under the auspices of the Center for the Arts, Religion and Education (CARE), an affiliated Center of the Graduate Theological Union (GTU) in Berkeley, California. He was the Director of the Television Center at the City University of New York in the 1970s.

Ted graduated High Distinction in Comparative Literature and as a Rufus Choate Scholar from Dartmouth College, attended Cambridge University, the University of Bordeaux & Toulouse, the University of Munich, Northwestern University: Weinberg College Of Arts & Sciences: Department of English: Graduate Program, and the Film Program at Columbia University's School of the Arts, graduated with a Juris Doctor from New York University School of Law, finished his theological studies at the Institute of Theology at the Cathedral of St. John the Divine, and received a Doctor of Humanities from Belhaven University.

Ted is the Publisher of Movieguide®:  The Family Guide to Movies and Entertainment. www.movieguide.org offers in-depth analyses of current movies from a biblical perspective.  Not only are issues of violence, sex and profanity directly addressed, Movieguide® digs deeply into the moral statements and worldviews of the movies, videos and television programs it reviews.  Ted also writes a syndicated column for publications nationwide.

Personal: Ted Baehr was born in 1946, the son of Robert Allen and Evelyn Peirce, both successful stage, screen and television actors.  Ted is married and has four children.